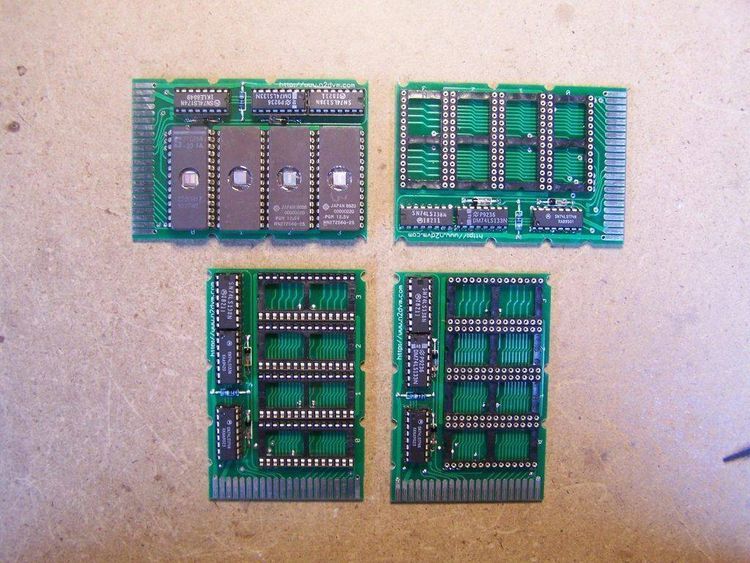 Contents of the BLHIST.DOC file

BLIST will now update the call waiting screen when a user
hangs up inside the door. PCBSTATS.EXE, which is distributed
with PCBoard, must be in the path.

Line 8 of the .CNF file now points to your PCBSTATS.DAT file,
you must include the path. It should look something like this:

Fixed problem where $CYAN$ color code appeared after a download.

Fixed a bug that would cause an Error 0000:146B code if the BBSLIST file
was not found.

Compressed Download file was not being deleted after transfer.
Fixed.

06-20-90 V1.9
-------------
BLIST no longer requires ANSI.SYS to be loaded to display color. Any
screens you have created with ANSI codes must be converted to PCBoard or
prodoor style color codes if ANSI.SYS is not loaded.

Changed download batch files (X.BAT, Y.BAT, Z.BAT, etc.) so that the
DSZ.LOG file is created on the default \PCB directory. This eliminates
problems for multi-node systems where more than one person is
downloading inside the door.

Added command chaining for the download section. Now a user can enter:

To download the BBSList via Zmodem protocol without having to select
from the protocol menu.

Fixed bug in 1.8 that would cause user to be taken back to the main menu
when he answered "Y" to "Add another BBS?".

BList is now compatible with all PCBoard 14.5 color and substitution
variables.

Changed local display during download to put the status line on top of
the screen similar to the PCBoard shelled protocol screen.

Added an information screen in the file transfer section telling the
caller the file name, protocol and estimated transfer time.

Made wildcards in download filenames illegal for security reasons.

NEW item in .CNF file! Line 6 now allows you to specify a security
level that if callers aren't equal to or above, they won't be allowed to
add BBS's to the list. This can be set very high for Sysops who want to
use the BBSList door to display an existing list that users shouldn't be
allowed to add to. It also gives control over un-verified callers who
might add inappropriate phrases to the list.

ANOTHER NEW ITEM in .CNF file! Line 7 now allows you to toggle the
automatic colorization of the list on or of. The letter Y turns it on,
the letter N turns it off. This helps folks who are using BLIST to
display pre-made lists to show them without the colorization that
depends on the BLIST format to work correctly.

Fixed a bug in the download routine that could cause some systems to
lockup if a user selected a protocol not on the menu.

Changed protocol menu display to not show MNP protocols if caller is not
using an MNP modem.

Added compatibility with the @[email protected] introduced in PCBoard 14.2.

Did away with the Protocol Menus (PROT1, PROT1G, PROT2, PROT2G), and
.CNF line 5, which named the MNP protocol.

Blist now uses a file called PROT.DAT which it uses to create the
protocol menu, and tells which protocol(s) require error correcting
modems.

X= Protocl Letter to be used in the menu, plus the name of the batch
file for this protocol (X.BAT)

Xmodem= Name of protocol to be used in protocol menu.

This file is also compatible with the TextView door. Sysops running
TV.EXE and BLIST.EXE in the same directory can use one PROT.DAT file.

Fixed a bug that caused aborted uploads if a user has more than two
words in his name. So, now when DICK VAN DYKE calls your BBS, he'll be
able to get your BBS List.

You MUST update your protocol batch files (X.BAT, Y.BAT, etc) with this
update!

BLIST will now report cps and transfer errors to the callers log and
download.txt. Be sure to update your download batch files (X.BAT,
Y.BAT, Z.BAT, etc) they MUST include the line:

Line 3 has changed to reflect the command to send to the compression
program you use. This makes BLIST compatible with most compression
software including ARC, PKARC, PKPAK, PKPAKJR and PAK10.

If you are having trouble with the compression procedure because of
low RAM, try using a compression program that uses less ram. PKPAKJR,
which is distributed with PKPAK in PK361.EXE is a good choice.

If you can't find any compression program that will work for your
amount of RAM, then you can put the word NONE on this line, and
compression will be skipped. You caller will get the BBSLIST file in
ASCII form.

Added a routine to display the BBSLIST in "fake" color (no colorized
file required) if the caller is in graphics mode.

Added a routine to search the BBS List to see if a phone number being
added is already on the list. This should eliminate duplicate
entries.

It appears that the beta process for PCBoard 14.0 will be comming to a
close in the near future. I plan on releasing BBSList 1.2 officially
the same day PCBoard 14.0 is released. This means that I will be
freezing this version as far as new features. I will be working on
bug reports only from here until the release date. THANKS to all for
the great suggestions and assistance!

A major change in the way BBSList handles protocols. There have been
requests to allow Sysops to define protocols and protocol letters. To
accomidate this, I've taken most of the code that handles protocols
out of BBSList. Now BBSList will look for a files called PROT and
PROTG in the same directory as your BLIST.EXE file. This is your
Protocol menu. There are sample PROT(G) files included in this ARC
file. IMPORTANT: for each protocol you put on the Protocol Menu you
must have a .BAT file named after the menu letter you have given the
protocol in the PROT(G) file.

So...if you aren't changing your protocols at all, then you need do
nothing but copy the PROT and PROTG files into the same directory as
BLIST.EXE because I've already set-up the old letters as the default.

If you now want to change:

like PCBoard 14 has, you would have to change that in the PROT and
PROTG files, plus rename Y.BAT to O.BAT (That's the letter O not the
number 0).

If you want to add Jmodem to your list of protocols, you must put a
new line in PROT and PROTG and also create a batch file called J.BAT
that send the Jmodem commands. Use one of the existing .BAT files
(X.BAT, Y.BAT, Z.BAT) as a model.

If you don't handle this correctly, BBSList will tell your caller
that the selected protocol is not available.

Sysops running my TextView door may use the same PROT, PROTG and
download batch files (X.BAT, Y.BAT etc.) for both doors as long as
BLIST.EXE and TV.EXE are in the same directory.

Recompiled under Prokit dated 11-13-88 to eliminate problem Beta 13
had with displaying the SCRIPT0 file when a user returned to the BBS,
plus a lockup when users logged off inside the door.

Added a check to make sure the user has time to download the BBS List
before the transfer starts.

10-18-88 V1.2 11
-----------------
CHANGE IN .CNF FILE! Line 3 of BLIST.CNF will now allow you a choice
of weather or not to use PKPAK inside the door. If you find that you
are running out of RAM when the door tries to call PKPAK to ARC the
BBSLIST file, then turn the ARC switch to N. Otherwise, if this line
is set to Y then BLIST will attempt to ARC the file. Also note the
file called BLIST that is the batch file PCBoard uses to run the door.
There is now a line that looks like this:

If you are turning off the ARC switch by placing an N on line three,
you will also need to take the "rem" off of this line so the list will
be ARC'd with the changes from the prior caller before the new caller
enters the door.

9-12-88 V1.2 9
---------------
Made Ymodem-G (Xmodem-1K-G) appear on the protocol menu on local
connections to end confusion about the dissapearing Ymodem-G. On a
remote connection, Ymodem-G only appears on the menu if there is an
error correcting modem at both ends.

9-8-88 V1.2 8
---------------
Changed the download ARC file to be named BBSLSTxx.ARC, where xx is
the node number. This accomidates systems with more than 9 nodes. Put
in a file deletion routine, so all ARC files created for download are
erased after the transfer is completed, or has failed.

9-7-88 V1.2 7
---------------
Reset the more prompt so it dosen't count the version line of BLIST
before BLHELLO(g) to stop the illusion that the more prompt happens in
less than the callers page length. Added the node number to
BBSLIST.ARC to prevent trouble on multinode systems when once caller
is downloading and another attempts a download.

9-3-88 V1.2 5
---------------
Added PCBoard 14.0 compaitbility. Changed the download batch files so
that they could work with the same batch files as TextView.
BLISTZ.BAT is now Z.BAT, BLISTX.BAT is now X.BAT, etc. The Batch
files can't simply be renamed, they must be replaced with the new
batch files provided.

9-1-88 V1.2 4
---------------
Took out the "press enter to continue" prompt between functions when
menu is turned off. Fixed bug that caused door to crash on multi-node
systems if one user was reading the list an another was adding to it.

8-31-88 V1.2 3
----------------
Changed BLIST.CNF. Added a new line #2 to let the Sysop decide
weather to call an external sorting program from inside the door. This
is left as an option because some lists might be so large that the
sort will fail if the procedure runs out of memory. User has the
option to turn this off by puttin the letter N on line 2, and can turn
in on by putting the letter Y on line 2. BLSORT.BAT is now included
and has the commands to run SORTF by Vern Berg. Other sort programs
can be used by changing the BLSORT.BAT file. If sort is turned on, it
takes place after a series of BBS's are added.

8-17-88 V 1.0 6
----------------
Trapped phone numbers that were less than 12 characters to keep
callers from omitting the area code. Changed the order of the way
things are displayed when a caller logs off (BLBYE, SCRIPT0, Version).
Stopped error messages from being written to the callers log when
Sysop is local to settle complaints of BLOCAL.BAT "messing up" the
callers log.

8-13-88 V1.0 4
---------------
Trapped blank phone numbers to keep them from being added to the list.
Added [X]pert toggle. Moved Sort routine to external method to give
sysops a choice of sort method, or no sorting at all. Sorting is done
in the BBSLIST (batch) file using Vern Berg's SORTF. Other sort
programs can be substituted though and the batch file modified.