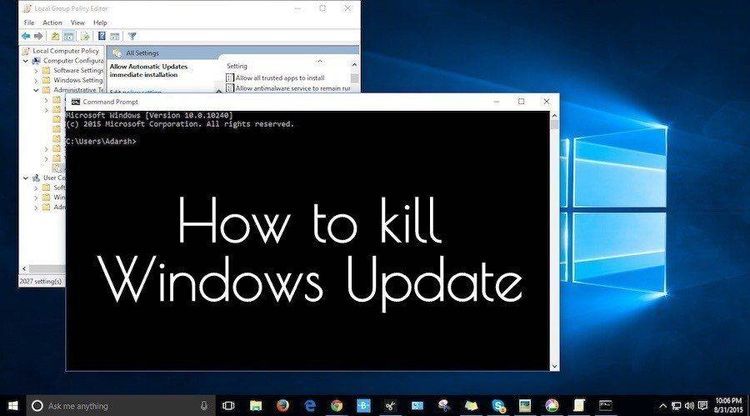 Contents of the NOECHO.DOC file

For all those "Front-End Writers" that can't stand to have to put
ECHO OFF followed by CLS at the top of a batch file and then see the ECHO OFF
come up on the screen, these little patches to DOS COMMAND.COM
are just what you need. They make ECHO OFF the default condition for all batch
files.

Please note that the patch files will ONLY work for their respective
versions of DOS, as the COMMAND.COM for the various systems are somewhat
different.

To run the patch files, just make sure you have a copy of DEBUG.COM and
the respective version of COMMAND.COM on the same disk (and in the same
directory). Then type the appropriate batch file shown above. As DEBUG
uses the contents of the batch file which calls it for data to do the patch
you will see a couple of error indications as DEBUG tries to make sense out
of the first two lines of the file. These won't hurt anything.

When you are back at the DOS prompt, use the new COMMAND.COM to re-boot
your system with, and voila! Note that if you intend using the patched version
you have made, you should go through ALL your disks that have that version of
COMMAND.COM on them and replace it with the new patched copy if you want to
avoid the annoying "Illegal COMMAND.COM ..." messages that appear when DOS
tries to reload old unpatched copies of COMMAND.COM.