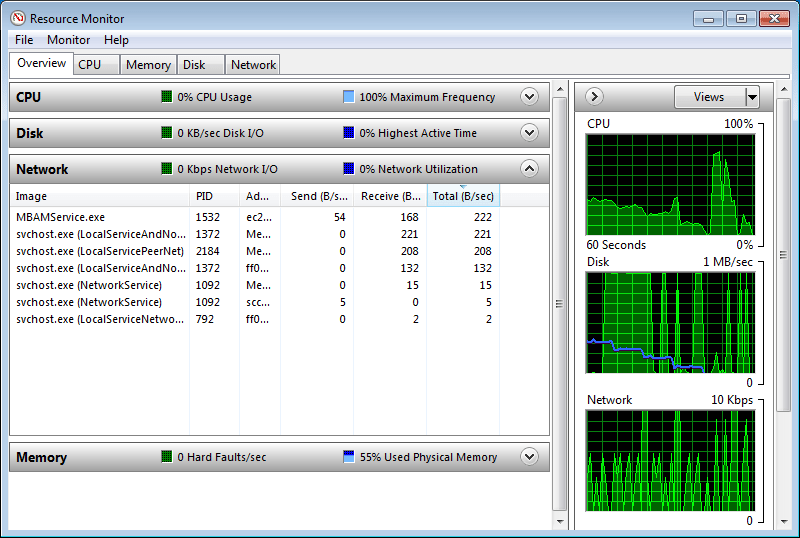 Contents of the EXE2COM.DOC file

Purpose
-------
EXE2COM is a one-for-one replacement for the EXE2BIN program
that was formerly distributed with DOS. Beginning with DOS 3.3,
EXE2BIN has been moved to the disk that comes with the DOS
Technical Reference and thus is not available without extra
cost.


Usage
-----
Usage is identical to DOS's EXE2BIN except that the output file
extension defaults to COM rather than BIN, and there are two
optional switches.

If the second file is completely unspecified, it defaults to the
same drive, path, and filename as the first, except that the
extension will be COM.

If the second file is specified but without an extension, COM
will be assumed (this is different from EXE2BIN).

If /I is specified, information about the EXE file is displayed
and no conversion is performed. The output file name, if
specified, is ignored.

| If /R is specified and the EXE file contains relocatable items,
| the relocation table is displayed (see below).

The simplest (and usual) usage is simply:

which will take the named EXE file in the current directory and
convert it to a COM file in the same directory.


Operation
---------
EXE2COM runs the same way as EXE2BIN, with the following
exceptions:

1. The binary fixup option of EXE2BIN (IP=0, segment fixups
required) is not supported.

2. The EXE file checksum is not verified.

3. Error messages are more useful, and a warning is provided
if a COM file is created with an initial IP other than 100H.

4. The default output file extension is COM rather than BIN.

The fields that may need some explanation:

Minimum load size: at least this much free memory is required in
order to run the program.

Min/max allocation: the minimum/maximum number of 16-byte
paragraphs that will be needed above the end of the program
image when it is loaded. Minimum load size is the sum of the
program image size and the minimum allocation.

If an item is starred (*), this prevents the EXE file from being
converted to a COM file.


| Relocatable items
| -----------------
| The most common reason why a file cannot be converted to COM
| or SYS format is that it has "relocatable items."
|
| A relocatable item is a piece of code that must be "fixed up"
| when the program is run because it changes with the program's
| load address. Consider this code fragment:
|
| code segment byte public
| mov ax,code
| ...
|
| What gets moved into AX is CODE's segment address, which is
| not known until runtime. The assembler can't specify the
| value to be loaded into AX because it doesn't know where in
| memory the program will be loaded. Only the EXE file loader
| can perform this operation; hence, it can't be converted into
| a COM or SYS file.
|
| The EXE file header contains one entry for each such relocatable
| item. This entry consists of the segment and offset of the word
| that must be fixed up at runtime. Note that the "segment" is
| relative to the first segment of the program; the first segment
| will be 0000.
|
| If you see the message "EXE contains relocatable items", you can
| ask EXE2COM to find the items by re-running it with the /R
| /R switch:
|
| exe2com /r myprog
|
| EXE2COM might display something like this:
|
| relocation table:
| 0000:00AF 0000:01C3
|
| This shows that there are two relocatable items in the EXE file
| and that they are located at the specified segment:offset
| addresses. The first relocatable item in this case is located
| at offset 00AFh of the program's first segment.
|
| A list (.LST) file can be very helpful in finding your
| relocatable items: for each one (in the opcode column), you will
| see a "----" where a number should be. In the example, it
| might look like:
|
| 00AE B8 ---- R mov ax,code
|
| EXE2COM's relocation table display can be helpful in letting
| you know where to look for the error.
|
| To correct the problem, restate the instruction in a way that
| doesn't require a direct reference to a segment. For example,
| you might recode "mov ax,code" as "mov ax,cs" (assuming that CS
| points to the CODE segment).


Error Messages
--------------
These are EXE2COM's error messages. If one of these is seen,
the EXE file will not be converted and the errorlevel returned
by EXE2COM will be 1.

INVALID EXE FILE SIGNATURE
The first two bytes of an EXE file should be ASCII 'M' and
'Z'. This was not the case, and it's probably not an EXE
file.

EXE HAS RELOCATABLE ITEMS
In order to be converted to a COM file, an EXE file cannot
have any direct references to segments. For example, the
assembler instruction "mov ax,code" (where CODE is a segment
name) is a segment reference. One or more segment
references were found in the EXE file. See above.

EXE HAS STACK SEGMENT
In order to be converted to a COM file, an EXE file cannot
have a stack segment.

EXE HAS NONZERO CS
In order to be converted to a COM file, an EXE file must
have a code segment that begins at offset 0 of the code
image in the EXE file.

PROGRAM EXCEEDS 64K
In order to be converted to a binary file, the total size of
the code to be loaded (including the PSP) must not exceed
64K bytes.

The entry point of all COM files should be 100H. If you are
creating a COM file an the entry point is not 100H, EXE2COM will
do the job but let you know that there is a potential problem.


Source
------
Source code should be included with this archive. Users are
encouraged to modify, improve, and/or correct the source for
EXE2COM and submit the new program to the author for
distribution. Please identify clearly any changes made and
stick with portable code to the extent possible (no inline
assembler, PLEASE).

EXE2COM.EXE was compiled with Microsoft C 6.0, but I believe
that it will compile correctly with Borland's Turbo C (I don't
have TC, so can't swear to this). It should be easily portable
to most other compilers.

Chris Dunford duplicated the fix in the C86 source.

Increased size of I/O buffer to 4K for speed reasons.
EXE2COM 1.03 is twice as fast as 1.02 and slightly
faster than EXE2BIN.

Source should now compile under either MSC or TC.

In earlier versions, we defined an error code for nonzero
CS, but didn't actually check; now we do.