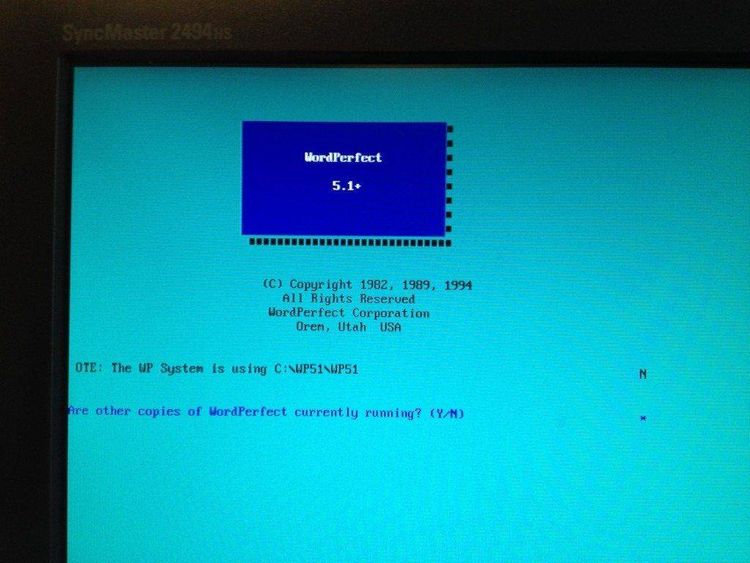 Contents of the APPLE.DOC file


This is the documentation for the IBM 286/386 Apple ][
emulator. The emulator is not quite complete but since it is a
"for fun" project I thought that I would go ahead and release
what I currently have. The following describes the stage of
completion for each of the Apple ][ emulator sections:

Video - The emulator will run on a CGA, EGA, or
VGA, however, it looks much better on an
EGA or VGA. All the Apple ][ video modes
are supported except mixed mode with 4
lines of text at the bottom of the graphics
screen. Low resolution and high resolution
graphics are supported.

Keyboard - The keyboard functions as an Apple ][
keyboard except for the following keys:

Some programs run faster depending on the
video update method. Try toggling the scroll
lock to see if the program runs faster.

Disk Drive - Only Apple ][ floppy type drives are supported
now, I need more information on how a Apple
hard disk works. The floppies are emulated by
have PC disk files named DISKxy.DSK, where:

x - Is the slot number of the disk controller

For example, if you had a disk controller in
slot 6, the default the file DISK6A.DSK would
be the Apple ][ disk image.

Serial Card - Sorry but there is no serial support yet, again
I need more information about the Apple ][
serial port.


Well there is really a lot more to this but since I'm giving
out the source you can look at it for yourself. I plan on adding a lot
of other features but I'm not sure when I will get around to them.
Until then I hope you enjoy what I have done so far, thanks again.