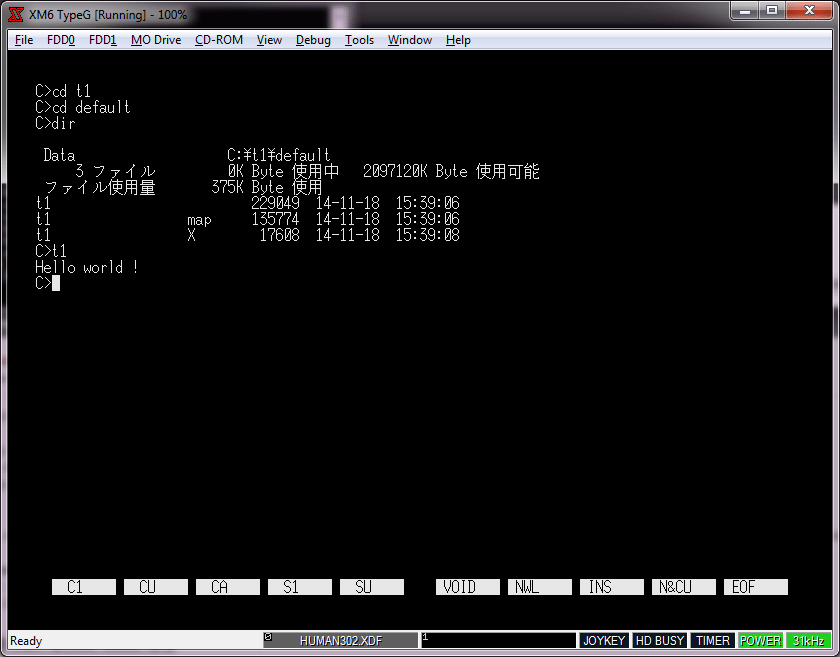 This product is meant to provide a learning tool and/or a useful
cross-development tool for people doing MC68000 software development.
It contains two separate programs:

1. A 68000 cross-assembler which produces text output in S-record
format suitable for downloading to single-board 68000 computers
or PROM burners.

2. A 68000 simulator which allows debugging of the 68000 source
by reading the S-record output produced by the assembler. The
simulator mimics the operation of the 68000 microprocessor as
documented in the 68000 Programmer's Reference Manual.

The source code is provided for several reasons. The user may want
to modify the programs' behavior, add features of his own, port the
programs to different machines, or fix bugs if they come up.

The contents of this disk are as follows :

PROBLEM WITH THE SIMULATOR:

There is an undocumented problem with the simulator. It won't allow
use of the memory between addresses 1000 (hex) and 1003 (hex)
inclusive because those are the addresses that the simulated 6850
chip maps its registers to. The 6850 is was implemented in a
previous simulator version but has been disabled for this version.
The simulator's address space is 64K of memory from address 0 to
address FFFF (hex).

The contents of this disk are public domain. You may use the
source code in your applications, and you may copy and distribute
the disk freely with the notable exception that you may not charge
more than a minimal handling fee for distributing it.


NOTES ON THE SOURCE CODE:

The two programs were originally written on a VAX 11/750 and later
ported to the PC. The source code provided on this diskette
was compiled with the Microsoft C 5.0 compiler. It should be
possible, of course, to compile this code with any C compiler
that uses 16-bit integers with minimal modifications. VAX source
code is available by contacting me at the address below.

Comments and suggestions for improving this product are welcome.
You may reach me at: