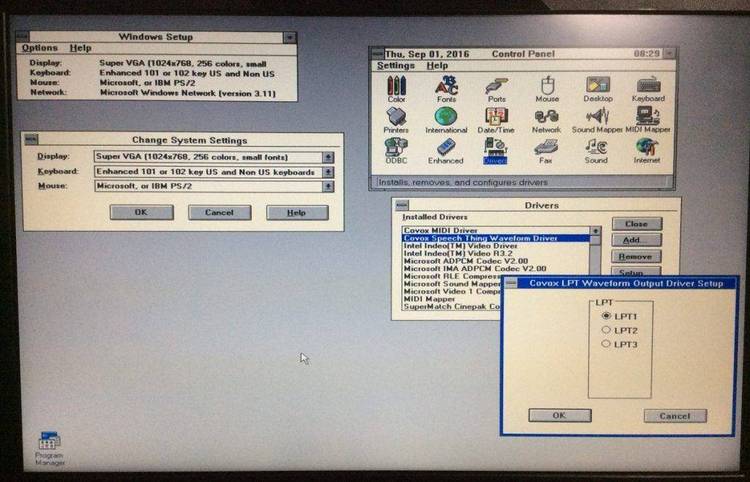 This software update is provided to enhance your existing Indeo(TM)
Video drivers to the latest video technology for compressing, editing
and playing back video on your Intel microprocessor-based desktop
computer, using Microsoft's Video for Windows* Version 1.1d.

Indeo Video technology gives you the capability to capture and
compress video in a single step using Intel's Smart Video Recorder (ISVR)
and ISVR Pro. It also allows you to encode and decode (i.e. play back)
video using only software on your PC.

The ISVR Pro works with camcorders, VCRs and laser disks to capture
Indeo Video. It immediately compresses NTSC or PAL format files at
320x240, 240x180, and 160x120 pixel resolutions at up to 30 frames
per second (fps).

In addition, the built-in scalability of Indeo technology
automatically adjusts the playback frame rate depending on your
computer's performance capabilities. This allows you to play Indeo
video files on any Intel Pentium(TM) or Intel486(TM) processor-based
computer.

1) Fixes a potential problem with the floating point library not being
exited correctly while compressing a file.

All of the Intel and non-Intel codecs are installed by this update.
Listed below are the differences between this update and the one supplied

Indeov.drv was an "umbrella" driver that used a text file called
indeo.ini to point to the various Indeo video drivers. The indeo.ini
file had the following entries:

Indeov.drv and indeo.ini are no longer used and may be deleted if desired.
However, older applications, which install the Indeo video drivers, may still
use indeov.drv and indeo.ini. Since the name of the latest Indeo video driver
has changed from ir30.dll to ir32.dll, this would prevent IV31 files from
accessing the latest driver. To avoid this problem, an exact copy of the
latest ir32.dll file, named ir30.dll, is also installed by this setup program.
It is hoped the ir30.dll file will not be used. But if another setup program
should change the system.ini entries to point to indeov.drv, then the correct
driver will still be accessed through ir30.dll. In the future, this precaution
should not need to be taken.

AVI File Editors:
-----------------
This is a recommendation for developers of AVI file editors.
To avoid unnecessary recompression, it is recommended the IV31 and
IV32 video formats be treated as the same video format. This speeds
up editing operations and improves video quality. When a video editor
saves an edited AVI file, the video formats of the source video frames
are compared to the video format chosen for the target file.
Typically, any frames not in the target format are recompressed. If
a clip contains a mixture of IV31 and IV32 frames, and the output
format is IV32, it is not necessary to recompress the IV31 frames.
The Indeo video R3.2 codec will play back both video formats.

2) The R2.1 driver does not display a setup dialog box from
the Control Panel.

As new Indeo video drivers are released, they will be available on
CompuServe INTELARCH forum and on Intel's Application Support BBS at
(916) 356-3600.

Enclosed you will find the Video for Windows 1.1d Runtime. This release includes some important
enhancements requested by you, including improved palette support, Display Control Interface
(DCI) support and overall improvements in performance.

Palette Support
Video for Windows has always allowed the application to select a specific
palette for playback on 8 bit displays. Unfortunately, the codecs
(compressor\decompressors) were never aware of this palette request.
Instead the codecs would dither to their own standard palette. Video for
Windows would then further dither the video to the requested color palette.
The net result was 24 bit videos, when played back with a requested palette,
were dithered twice. This would compromise the quality of the video.

This problem has been solved with this new drop of MSVIDEO.DLL, and the
Cinepak and Indeo codecs. The codecs will now decompress directly to a
requested palette. You can request the codecs to use a palette with either
the SETVIDEO