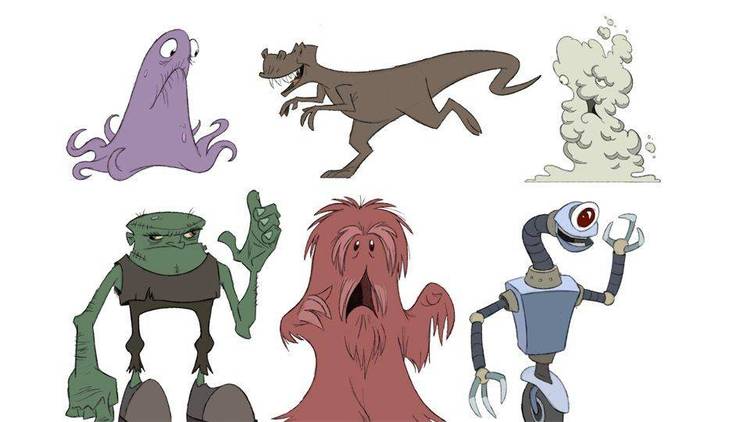 Contents of the DAS.TXT file

Included in this .ZIP should be:

The Disney Animation Studio is a full featured
animation program. Animations begin in the Pencil
Test program which has several features including
-Onion Skin Technology, which allows you to see
through the current cell, and the three cells
behind it, making it easy to create smooth flowing
animations.
-Exposure Sheet, which allows you to fine tune
the speed and order of each cell, and add sound
effects. (As long as you have a Sound Blaster
compatible card or the Disney Sound Source)
-Ink and Paint, which is where you ink in your
animations. Ink and Paint supports several
resolutions and up to 256 colors.
The Animation Studio will run on any IBM, Tandy
or 100% compatibles with 640K memory and a mouse,
however 2 Megs of expanded memory will allow longer
and more complex animations.

About the sample animation

This was created on the D.A.S in the lowest
resolution (to make for a small file) to show, very
basicly, what can be done, and took less than 1 hour
from start to finish. Keep in mind that it was created
as a simple example and dosen't attempt to show the
capabilities of the program.

(If you want there is a bbs IN CALAFORNIA where
people send their animations for anyone to download-
the number is 1-818-567-4027, There is a large
selection of animations to download. (To use FLICK.EXE
to see different animations type:
FLICK Drive:\Dir\Filename.extension ))

The Animation Studio is an excelent program for
anyone interested in computer animation. It's
avalible at almost any software dealer and through
Radio Shack for around 70 to 80 dollars. (I've seen it
for over 120 dollars also so shop around!)

Hope you enjoyed it,
Chris