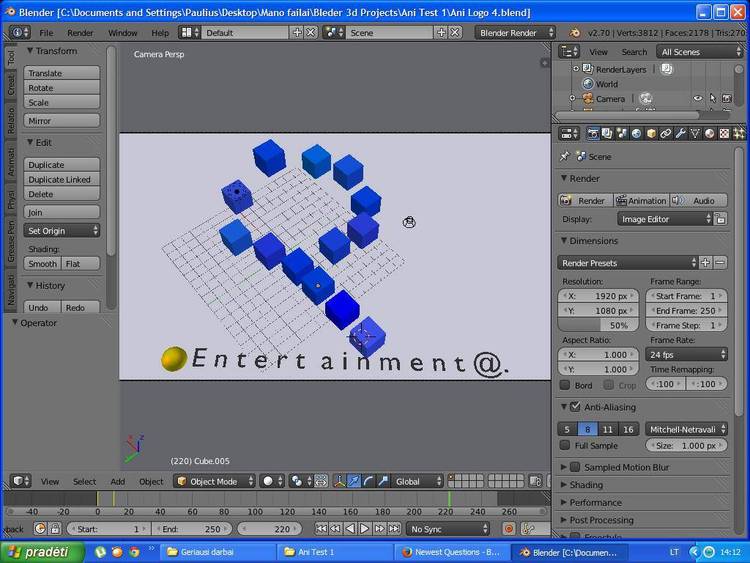 Contents of the CMPEG.DOC file


CMPEG converts a series of images into an MPEG sequence. MPEG is a
compressed (typically by a factor of 30 to 60) standardized storage
format for video. The files compressed by CMPEG can be played by
several publicly available MPEG decoders (see Appendix A).

- many coding parameters under user control


This program is copyrighted (C) Stefan Eckart, 1993. You can use, copy
and distribute this program at no charge but you may not modify or sell
it. I don't take any responsibility regarding its fitness, usefulness
etc. (#include